DC Moore Gallery is pleased to announce its representation of New York-based artist Theresa Daddezio with her debut inaugural solo exhibition with the gallery, Altum Corpus, featuring new paintings on view from January 7 – 30. 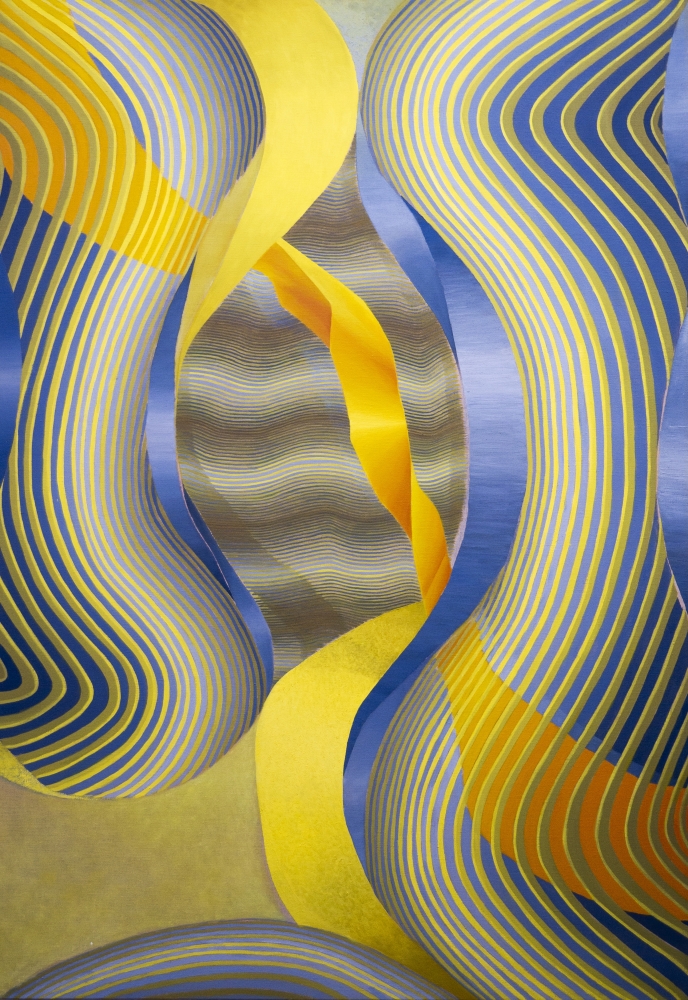 Daddezio explores optics, nature, and movement within a language of painting, as she considers the histories of Color Field painting and biomorphic abstraction. Drawing from a background in dance and music, she creates organic shapes referencing movements of the body rendered within systematized applications of color and linework. A vibratory, sonic quality of expanding and compressing tubular entities shift with various interactions of movement. 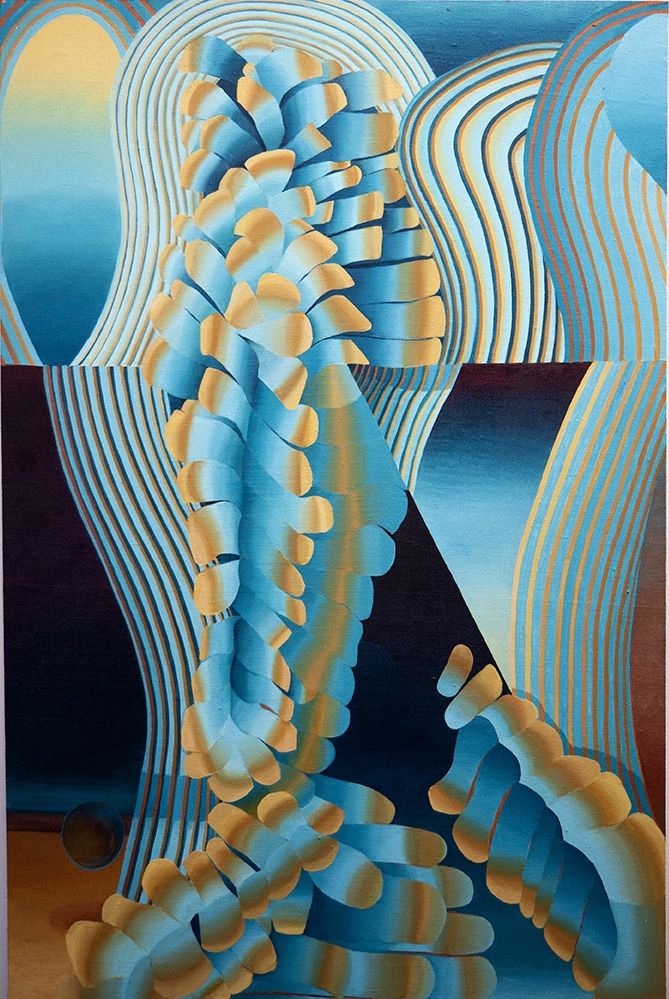 Altum Corpus, which translates from Latin as both “sea/tide” and “high/body,” evokes a semantic ambiguity between the words and their associations to the organic and illusionary. Embodying time and place, Daddezio creates optical waves of flatness, depth, vibrancy, and subtlety. Her use of continuous line expresses an interconnectedness of the infinitely divergent yet finitely bound.

"I desire to demonstrate the way bodies are able to communicate internally through a series of interconnected structures, channels, and neurotransmitters. These relationships are perhaps not all so apparent, yet are slowly being revealed to me as I grow with my work." 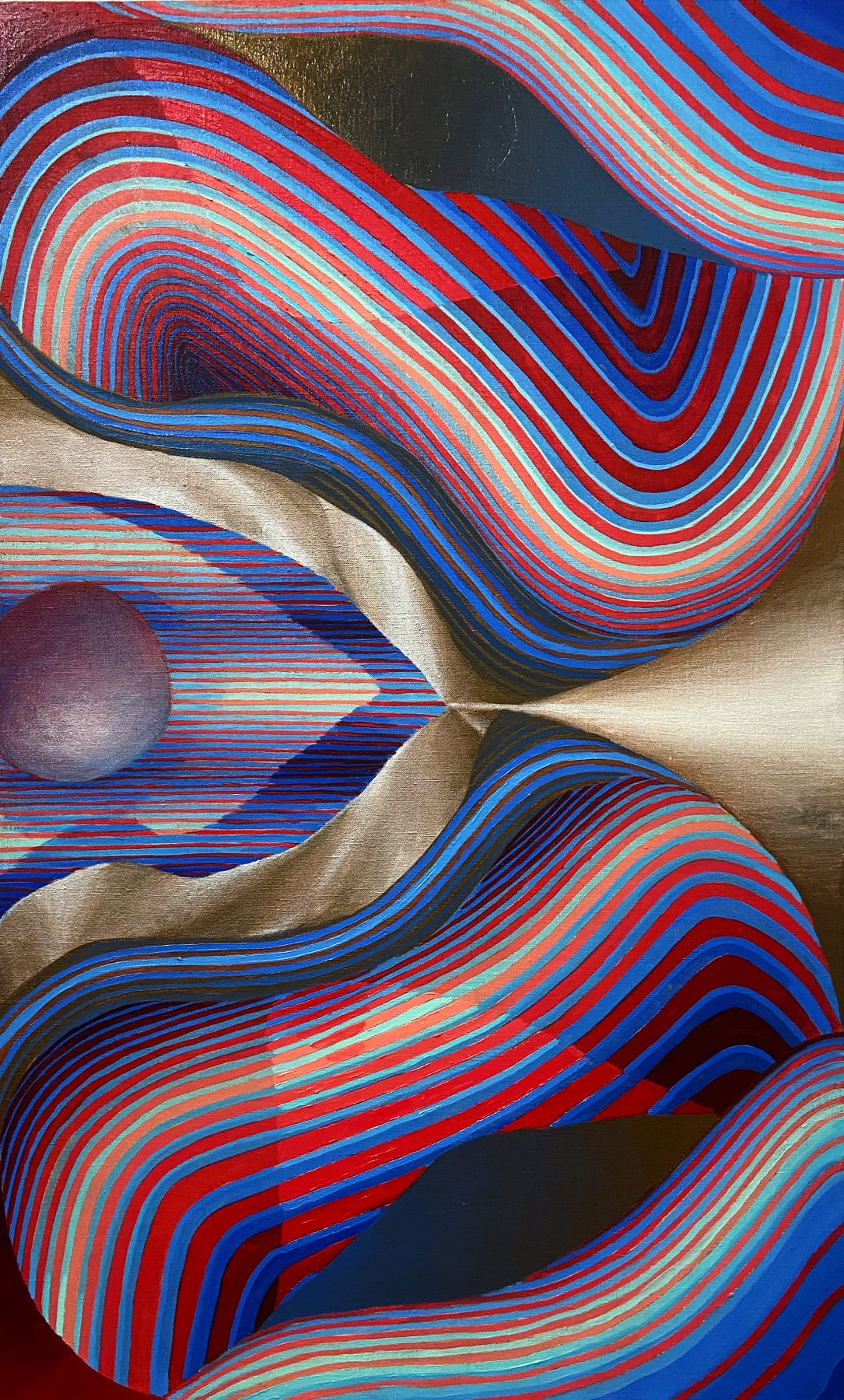 Daddezio began this body of work after visiting the ruins of a Soviet bathhouse in Tskaltubo, Georgia in 2019. Once a famed site of rehabilitation in abundant natural springs, the structures now lay overgrown with plants, ponds, and detritus. The petal-shaped baths—resembling both mechanical gears and the daisy flower—remain eroded and remnants of the recessed human forms they once contained. Here Daddezio contemplated the human impulse to build a reflection in nature, as well as the subsequent disappearance and eventual re-growth of forms in these constructed spaces.

In these paintings, Daddezio evokes a similarly emergent psychological site of contradictions  – forms that evoke the human body, flora, and earthen strata emerge, recede, and overlap. Warm terrene tones diverge with more artificially-associated palettes. Vertical orientations and compressed edges frame undulating planes of space that build and simultaneously negate form. By heightening the visual sensation through these compositional tensions, Daddezio constructs an arena where the tangibility of the present entangles layers of memory.